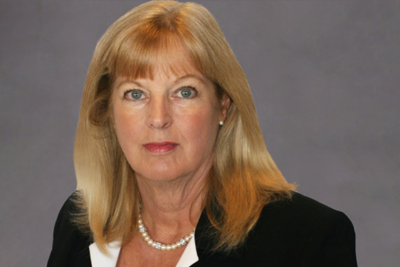 After a prestigious judicial clerkship with the Honorable Eugene P. Spellman, District Court Judge, Southern District of Florida, Patricia joined the U.S. Attorney’s Office for the Southern District of Florida where she spent over twenty-two years representing the federal government before the U.S. District Court in the Southern District of Florida. As a Federal Prosecutor, Patricia spent most of her career assigned to the High Intensity Drug Trafficking Area (HIDTA) Task Force, a task force dedicated to the investigation and prosecution of high level international money laundering organizations. Her investigatory and trial work led to hundreds of successful prosecutions in numerous high profile cases. Patricia also served as a Deputy Chief in the Major Crimes Unit, supervising and training new prosecutors in criminal trial investigation and prosecution. During her tenure as an Assistant United States Attorney for the Southern District of Florida, Patricia received dozens of accolades, including the Department of Justice Director’s Award, the DEA Administrator’s Award and multiple special achievement and meritorious service awards and letters of commendation from the DEA, FBI, HHS, and other agencies.

In 2010, Patricia left the U.S. Attorney’s Office to become Division Counsel for the Miami Division of the Drug Enforcement Administration, which encompasses Florida and the Bahamas. There she was involved in all legal matters and issues concerning the Division, including criminal, civil, and administrative law matters. This included substantive drug-related and money laundering statutes, investigative methods and techniques, search and seizure, electronic surveillance, interview and interrogation, evidence, discovery, drafting and reviewing legislative proposals relating to criminal law and procedure, and federal sentencing guidelines, legal training, and legal review of operational policies and procedures.  Patricia’s work with the U.S. Attorney’s Office and the Drug Enforcement Administration makes her uniquely qualified to guide clients through sensitive federal criminal investigations, prosecutions, and negotiations.

Patricia is a member of the Florida Bar and the St. Lucie County Bar Association. She is admitted to practice in the U.S. District Court for the Southern and Middle Districts of Florida.  She presently serves as Commissioner on the Board of Commissioners for the Housing Authority of Fort Pierce and as Chairperson of the Bonsai Bash Committee for Heathcote Botanical Gardens.  She previously served on the U.S. Court Rules Committee and on the U.S. Court Magistrate Retention Committee for the Southern District of Florida.   Patricia is also a former member of the Miami-Dade Chiefs of Police Association.